Why Does My House Smell: Chapter 3

We often get a call for help to find ‘that bad smell’. If it’s a ‘musty’ smell, it’s often molds or mildew, and I covered discovering and solving those in the last two articles. This month we’ll look at those other mystery smells, which almost always fall into a couple categories…

These are some of the toughest to solve. They often come and go and don’t seem to be predictable. There is usually no way to find them electronically. You only have logic, your sense of smell, and a thorough physical search to rely on. Generally, they’ll fall into two categories…

To solve, every type of smell problem begins with a history. Learn everything you can from whoever lives there and/or whoever owns the place. Both are best if possible. How old is the unit/apt./home/place? Any changes in the recent past? Improvements? Remodels? Any new people here? Any visitors come and gone? Anything new or changed in any system, plumbing, HVAC, electrical, etc.? Are all systems currently maintained properly? When were things serviced last? Are all systems original or are any new/refitted?

The next step after a thorough history is a very thorough, careful physical search of the entire premises, and sometimes adjoining premises. Top to bottom and one side to the other; no exceptions. You need to access everything and take a careful look with…

Don’t assume anything as true, and don’t take anything for granted. Look at everything. Look everywhere. Is anything strange or wrong/off/different? Is anything not closed-up that should be? Is anything wet that shouldn’t be? Is there any evidence of pest intrusion?

Follow all leads that need to be explored from your history and your physical search. Most of the different types of ‘waste smells’ are solved as a result of these two first steps. A pipe was leaking in the basement or crawlspace. A male child and/or a senior had bad aim on one of the toilets and the floor around it is now soaked with urine/odor and ruined and needs to be replaced. Or a pest intrusion has contaminated an area and both the pests, and the area needs to be thoroughly cleaned out. A real bad smell problem I found once was caused by a small family of rats nesting in an HVAC return-air vent, and all the ducts below the floor had become both their home and their toilet; and both the ducts and the forced-air furnace had to be replaced. (BTW, many male pests – rats, racoons, possums- claim territory by ‘marking’ everything they can when there is a female in heat locally).

If the bad smell is kind of sickly-sweet, (and nothing was found from the visual inspection) then it’s possible something has died and is laying somewhere out of site and reach. Whenever I have one of those, I’ll often use a simple leak detector for natural gas (or any combustion gas). Those are quite sensitive and will locate methane pretty well. The usual problem with those smells is they are so intermittent because the emissions usually do a build-up/release/build-up cycle. A good trick I use is to drill an organized pattern of small ¼” holes in the walls, and use the leak detector right at the holes, while another person is opening and closing the door to the room I’m in. The resulting back-and-forth-back-and-forth air pressure often helps me localize the source, and then it’s a matter of opening larger holes to look inside the walls or ceiling with a borescope and light.

As for ‘sewer gas smells’, there are a couple of paths to explore… 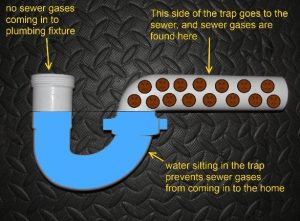 P-traps ‘lose their seal’ or leak for many different reasons. Sometimes the pipe loosens, and the fix is simple. Sometimes hair or a mop-string lays partly in the water-trap and extends into the outlet pipe, siphoning the water-seal low. Or sometimes the fixture just isn’t used for several months and the water just evaporates enough to ‘break the seal’. All of those problems are easily fixed. Sometimes however, the P-trap isn’t properly vented up to the roof, so that when a large volume of water runs through it and down the outlet pipe, its velocity pulls enough air behind it to literally suck/slurp the water out of the trap and then sewer gas intrudes.

On rare occasions, there is an intermittent sewer-gas smell that just can’t be found by any visual inspection, because it’s hidden inside a finished wall. It happens for all sorts of reasons, from sloppy new-construction to boot-legged remodels; but it does happen. That kind of mystery can normally be solved by a smoke test.

Smoke tests are a bit complicated, and I recommend a licensed plumber do the work, because it’s very easy to do it incorrectly and still never find the problem or over-pressurize the system and create even more problems. I’ve found all types of issues with smoke tests, from a vent pipe that came loose due to no pipe-cement being used in construction, to forgetting to put the cap on a clean-out in a waste stack, that got covered by drywall in behind a one-piece fiberglass shower, that was on the 26th floor. (That one was in a huge fancy residential housing building in downtown Seattle, and it was so bad several units couldn’t be leased. The building owner and maintenance folks had been looking for it for going on two years, but we were able to find it in less than a day.)

Remodels are famous for creating sewer-gas problems. I’ve found whole systems with not a single vent anywhere (and one time it was on a slab-on-grade addition, so jackhammers were part of the solution). And on an old remodel job, they abandoned and moved the laundry, and decided to ‘plug’ the abandoned washing-machine standpipe by just putting an old Campbell’s Tomato Soup can on it, upside-down. It worked for about 25 years, but finally the bottom of the can rotted through, and then the can dropped and slid down the pipe. The P-trap on that standpipe had dried out decades ago, so the sewer-gas started leaking into what had become a living-room wall. Who would have guessed? So again, assume nothing…look everywhere….and good luck!

Bruce Sr is President of Day & Nite Plumbing & Heating, a 65+ year old family owned and operated plumbing and heating business in Lynnwood, Washington. Bruce can be contacted at: Email: Bruce@dayandnite.net

*Additional utility rebates may be available

Offer good only in our service area. Certain rules and restrictions may apply. Call for more details.

$30 Off Furnace or Heat Pump Tune-Up 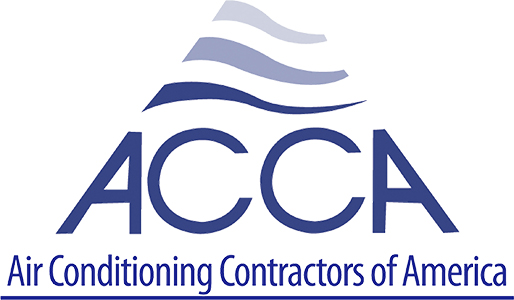 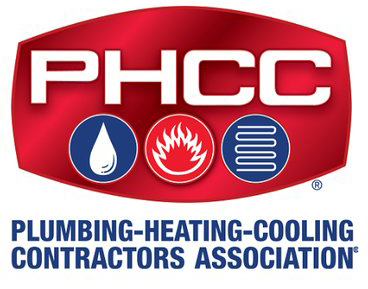